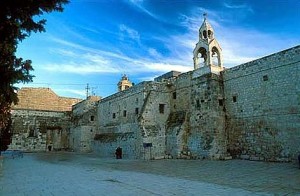 South African church delegation returns from solidarity visit to occupied Palestine
Jerusalem, [09 December 2012]
A group of twelve South African Christian leaders and members visited the occupied state of Palestine from 2 – 9 December, the delegation returns today (Sunday, 09 December 2012).
The delegation includes Southern Africa heads of the Methodist and Presbyterian Churches, the Secretary General of the Evangelical Alliance of South Africa, a senior member of the Dutch Reformed Church and a representative of South African youth.
We did not expect the extent to which Israel violates international laws to oppress the Palestinian people.  Our exposure to the Palestinian East Jerusalem and the Israeli-Occupied West Bank was overwhelming, one which traumatised us.  However, even though we experienced that the Palestinians live in open-air prisons, they were still able to inspire us with their dignity and their commitment for a just peace based on human dignity for both themselves and Israelis.  “We want more than human rights,” they told us, “we want our human dignity and reconciliation”.
Being South African, it felt like walking into another apartheid ambush.  We witnessed violations of international human rights law and international humanitarian law on so many levels – the multiple Israeli house demolitions, the discriminatory Israeli legal system, the daily intimidation of Palestinians by the Israeli Defence Forces, the Israeli Apartheid Wall and its associated regime of restrictions on movement and access for Palestinians, the damage to Palestinian olive groves, the imprisonment of a large percentage of Palestinians including children, the ongoing confiscation of Palestinian water and land, the closure of previously bustling Palestinian streets and businesses, separate pavements for Israelis and Palestinians and a system whereby the colour of Palestinian vehicles’ number plates restrict them to certain roads.
Our visit was undertaken in direct response to the Palestinian Christians’ invitation to come and see for ourselves what their circumstances are.  We heard from Palestinian Christians how they have experienced a political and an identity catastrophe (the Nakba) since 1948 when the State of Israel was declared and 750 000 Palestinians became refugees.  Moreover, Palestinian Christians experience a theological catastrophe as Christianity is used in some parts of the world to justify the oppression of the indigenous Palestinian people by Israel.
What we have discerned is in alignment with what the Palestinian Christians propose in their “Kairos” document titled “A Moment of Truth. A word of faith, hope and love from the heart of the Palestinian suffering.” This urgent appeal to the international community proposes resistance to Israel’s occupation as an act of love.
We affirm the right to security, self-determination and dignity for both Palestinians and Israelis. Real security is only possible through the exercise of justice. We are conscious how a literal reading of the Bible, one where the Israel of the Old Testament is confused with the modern State of Israel, can result in the oppression of people, the Palestinian people. We confirm that the crisis in the Holy Land is in essence not a religious conflict, but a political crisis brought about by the violation of international law by the State of Israel.  As South Africans we believe we have a moral obligation to speak up and to stand with the oppressed.  We do not want to necessarily side against the Israelis, but we do want to uphold international law and fight against any form of injustice.
We support the Palestinians’ call for non-violent resistance.  They ask for responsible Holy Land tourism whereby pilgrims who visit Bethlehem and the Old City of Jerusalem also visit Palestinian Christians – who are indigenous to those towns!  The Palestinians are also asking the world for economic, cultural and other forms of boycott, divestment and sanctions (BDS) – a strategy that helped us to end apartheid in South Africa.  We believe that maximum pressure must be put on Israel to abide by international law.  This should be done on the basis of “equality and sharing, not on superiority, negation of the other or aggression, using the pretext of fear and security” as stated in the Palestinian Kairos document “A Moment of Truth…”.
In the words of Dr Braam Hanekom, Deputy Moderator of the Dutch Reformed Church: “It was a tremendous privilege to visit Palestine in this time of Advent.  I am more convinced than before that the non-violent alternative of faith, hope and love that the Palestinian Christians show us is the way forward.”
Whilst we remain intensely and painfully aware of the weaknesses and the prevailing injustices in our own South African context, we are inspired to work against these and other injustices. In these weeks leading up to Christmas we want to show our full solidarity with all those who suffer in the Holy land where Christ was born.
Issued jointly by
– Bishop Zipho Siwa, Presiding Bishop of the Methodist Church in Southern Africa
– Dr Jerry Pillay, General Secretary of the Uniting Presbyterian Church in Southern Africa and President of the World Communion of Reformed Churches
– Reverend Moss Nthla, Secretary General of The Evangelical Alliance of South Africa and Chairperson of Kairos Southern Africa
– Dr Braam Hanekom, Deputy Moderator of the Dutch Reformed Church
– Ms Nonhlanhla Shezi, President of the Anglican Youth of Southern Africa
– Ms Theresa Ramphomane, Coordinator of the SACC Women’s Ecumenical Conference
– Ms Nobuntu Madwe, General President of the Women’s Manyano (Union) of the Methodist Church of South Africa
– Father Michael Deeb, coordinator of the Justice and Peace Department of the Southern African Catholic Bishops’ Conference
– Father Zweli Tom, Anglican Priest and Secretary General of the Nelson Mandela Bay Consultation of Christian Churches
– Ms Nonqaba Esther Dlula, Eastern Cape Anglican Church
– Dr Stiaan van der Merwe, Kairos Southern Africa
– Ms Marthie Momberg, Kairos Southern Africa
Contact person for interviews:  Marthie Momberg, momberg@sun.ac.za / 083 290 7742
admin July 14, 2015